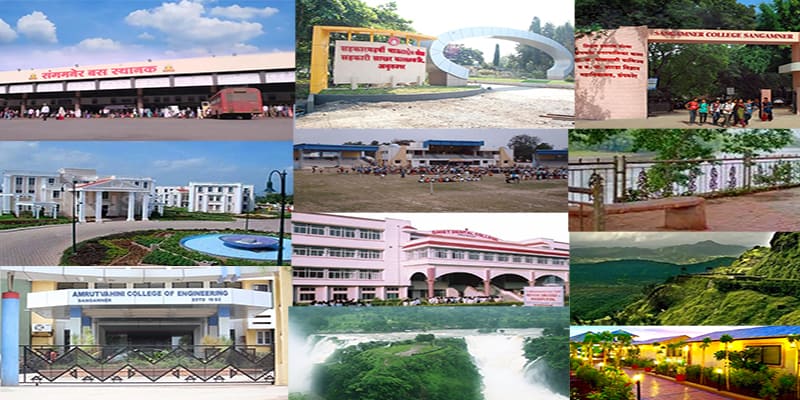 Whenever one hears the word, everyone thinks of the holy city of Prayagraj, but India is a nation so diverse and varied in not only its culture but also geographical attributes that there are endless numbers of surprises. Another city is getting its name from the confluence of 3 rivers, just like Prayagraj, is Sangamner of Ahmednagar in Maharashtra. This picturesque city is shrouded by hills and rivers and greenery and is a gorgeous attraction with small and beautiful temples. 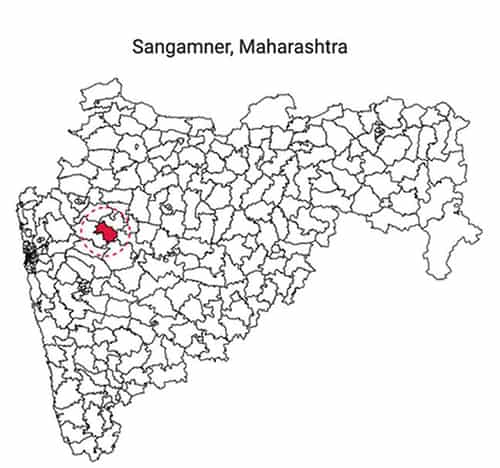 The three rivers that merge into one in Sangamner are Pravara, Mhalguni and Adhala. This city sits at an elevation of 549 meters or 1801 feet from sea level. Situated on Pravara River banks, Sangamner is the second biggest settlement or city in the district after the Ahmednagar city. It has around 171 villages in its tehsil. This municipal council is approximately 230kms from India, Mumbai's fashion capital, and is the biggest settlement on the NH5. Sangamner is at the centre of three big cities. It is located at the centre of Mumbai, Pune and Aurangabad and is also referred to as the ‘Hospital Hub.’ It is also only 2 hours away from Nasik, the orange city of the nation.

Because of its location, Sangamner receives a lot of traffic on a daily basis and is notorious for its traffic jams. The bus stand serves as a resting point for buses from all over Maharashtra but also Gujrat, Madhya Pradesh and Karnataka. Its bus station is famous not only because it’s a halt point for long journeys but also because of its technology-driven bus stand. Its bus station is the most technologically advanced and has the top-notch facilities in all of the Maharastra state. 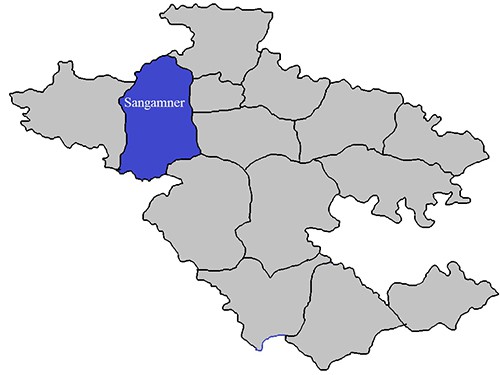 It is one of the most developed cities in the district and is famous for its markets as it has a number of factories running in the city. The city has a number of industries and has become an industrial hub also in recent years. These industries include a cloth industry, sugar factory, and a tobacco factory. ‘Gaichap Jarda’ is favourite tobacco produce in the city. Its market is famous for clothes, jewellery and even electronics. The city is also a huge hub for milk-processing units and has one of the district's biggest marketplaces.

It is a very diverse city and in addition to its factories and industries, Sangamner is also known for its agricultural contribution to the nation. Sangamner is known all over the country for its sugarcane farming. But agricultural advancements in the city have also made it famous for Tomato and Pomegranate. It is sometimes called as a Pomegranate hub also. Sangamner’s ‘Krushi Utpanna Bajar Samiti’ is a leading market and is known all over the nation.

Sangamner has become an educational centre with so many colleges and schools. Most of the colleges are affiliated to Pune University and has numerous libraries in the city itself. The city boasts good school education and has amazing facilities for higher education in law, medicine, engineering, pharmaceuticals, dentistry, etc. 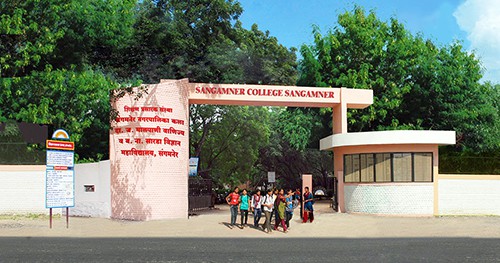 Sangamner is a city that is rich in its culture and traditional history. The city has multiple cultural organizations that keep the locals rooted in their culture and tradition and keep them in sync with old traditions and values. Some of the city's famous cultural organizations are Swar-Sangam Sangeet Prasarak Sanstha, Kavi Anant Fandi Pratishthan, Sangamner Itihas Sanshodhan Mandal, Rajasthan Yuvak Mandal, Geeta Parivar and the Akhil Bhartiya Marathi Natya Parishad. These organisations keep on arranging events and competitions such as singing and dance competitions.

Various associations encourage an exchange of cultural knowledge such as the Mukt Sawand, a social platform that primarily organises activities to promote the spread of interdisciplinary information. Every year since the last century Someshwar Rangargalli is responsible for organising the Ganesh festival while Sangamner Taluka is responsible for the publication of magazines, periodicals and newspapers in the city. Some of the town's famous newspapers include Amrutvarta and Sangam Sanskriti, which are published weekly and are awaited by the locals eagerly.

Some of the famous magazines of the city are Sangam Diwali Ank and Krishisadhana which is published for the aid of farmers and agriculturists to teach them safe and effective farming methods. With so many cultural activities happening Sangamner is always bubbling with energy, and this is also the reason for its high literacy rate. Madhumita, a health magazine, is another magazine that originates from this city and is very popular and sees a great demand in Maharashtra.

Sangamner is not behind when it comes to literary heritage. The city of Sangamner is the birthplace of noted poet Anant Fandi. His real name was Anant Gholap, and though he belonged to a family of goldsmiths, he became inclined to art and literature and wrote in Marathi. Anant Fandi was the one who popularised ‘Marathi Ballads.’ He is responsible for introducing the genre of ‘Phatka’ to Maharashtra. He is also referred to as the ‘ocean of infinite poetry.’ Every year since 1978 the city organises a series of lectures on the works of Anant Fandi. In exchange for a small fee, you can sit in this lecture and immerse yourself in the world of Anant Fandi.

You will find various monuments in various parts of the city that commemorate various rulers' rule from the Peshwas to the Mughals. The second Bhillam Copperplate was found here which is said to date back to 1000AD.

Sangamner abounds in temples. This city has some of the most intricate and gorgeous temples of the state. In the south, the Shani Dev temple, along with the Sant Dnyaneshwar temple, in the Dnyaneshwar Galli, are the two most famous and important temples in the city. You will find shrines in honour of gods and goddesses all over the city. On the Samnapur road, you will find Lord Ganesh's temple, and on the ghats of the Pravara River is situated the Saibaba temple and the Vitthal Mandir. In Chandanapuri you will discover the Mulganga Devi temple.

The yearly Ganesh festival is a significant event and attracts tourists and pious and faithful people from all over the state. The Agneshwar Mahadev also functions as a huge spot of tourist attraction. This temple is 6 km from the bus stop and is situated in a beautiful setting with the Natki River at Khanjapur in the background. Another serene temple thronged by people is the old temple of Mahadev in Khandgaon whose beauty is enhanced by the hills and the greenery found in the area. 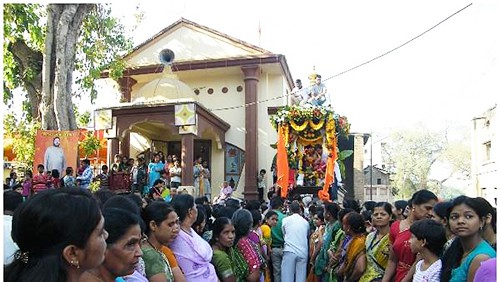